CONGRATULATIONS TO THE WINNER OF THE
EXTRAORDINARY SENIOR AWARD MARION DIXION! 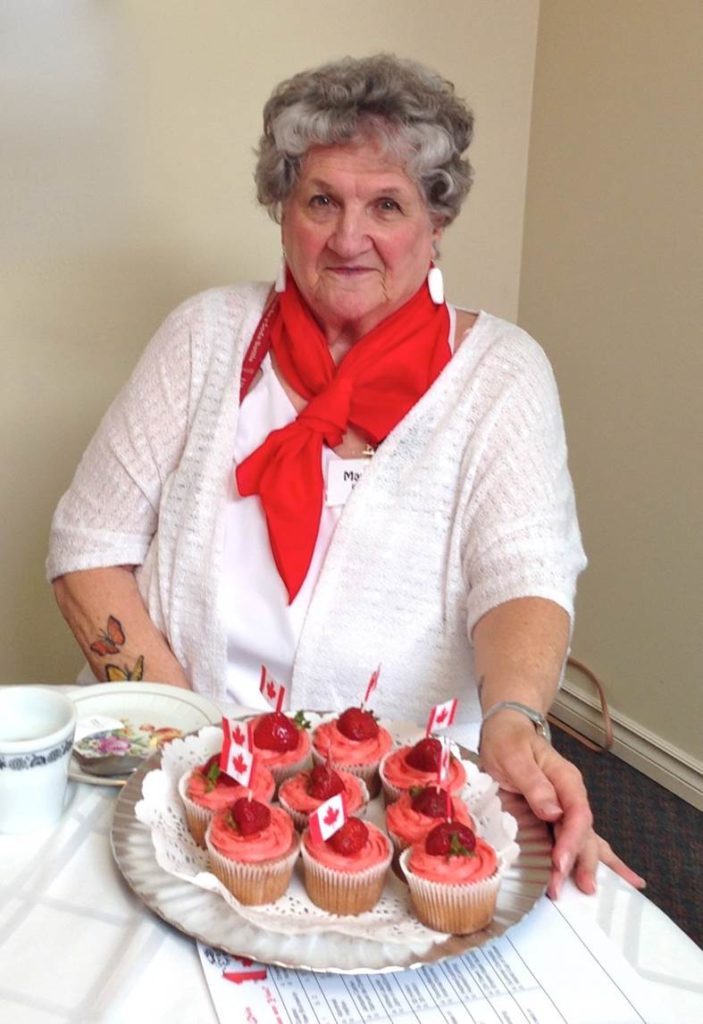 Retirement Concepts, the Pacific National Exhibition (PNE) and the Alzheimer Society of B.C. are pleased to announce that Langley’s Marion Dixon has been named this year’s Extraordinary Senior Award recipient. Marion has been a leader in her community for over 30 years and touches the lives of people around her with warmth, wit and a sense of humour.

In addition to encouraging seniors to stay active and be social by encouraging potluck dinners and teaching a ceramics workshop, Marion is a chef extraordinaire. In fact, her culinary creations became so well-known while she was volunteering at the Langley Lions Evergreen, people began to make a point of stopping by specifically for “Marion’s Lunches”.

“Marion’s contributions to her community are truly remarkable. It’s important that we recognize the impact that these extraordinary people have on those around them,” said Alzheimer Society of B.C. CEO Maria Howard. “In this case, Marion’s devotion to giving back and encouraging seniors to be social, happy and healthy is an example for all to follow.”

Growing up outside of Montreal, Marion grew up in a single-parent household after her father sadly passed away when she was just 13. As the eldest of three children, Marion was forced to stop attending school and start working. Even at a young age, she was able to contribute to the family’s finances by working as a typist, a server, and a model. This demonstrates that even as a young woman, Marion understood the value of hard work and taking care of those around you when they need a hand.

“For the second year in a row, we find ourselves with an Extraordinary Senior Award recipient who embodies everything we imagined the award would when it was created last year,” says Retirement Concepts Partner Jennie Deneka. “Our heartfelt congratulations and thanks go out to Marion, and to the dozens of nominations we received from around the province.”

The award was presented as part of Senior’s Day at the Fair at the PNE on Thursday, in front of a lively crowd before the SuperDogs show. In addition to receiving the Extraordinary Senior Award, Marion received a prize package which included a VIP day at PNE Fair, including admission and parking for four, dinner for two at Hendricks Resto-Lounge in the Westin Grand Hotel, accommodation at the Westin Grand Hotel and travel to the PNE.